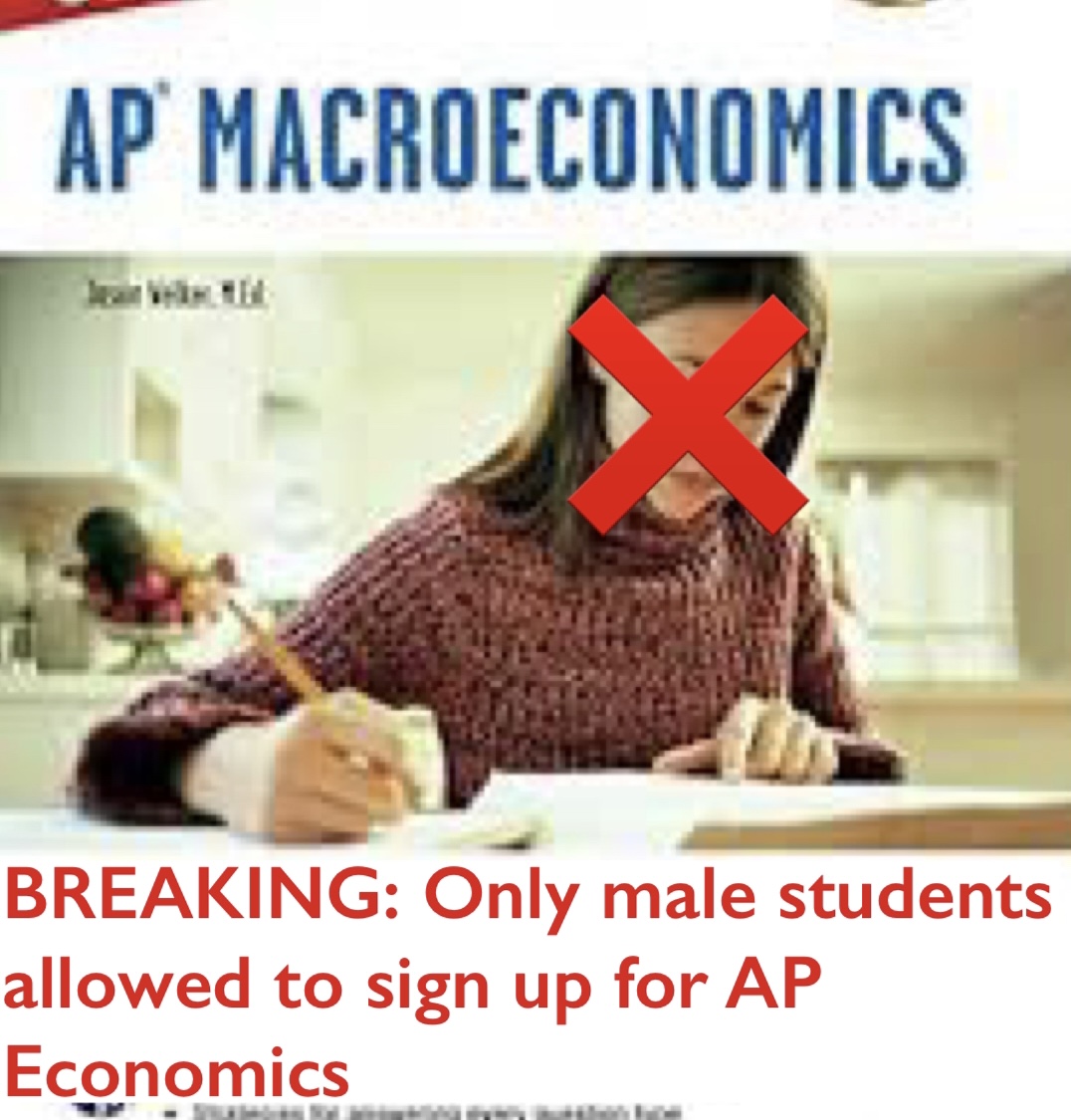 All female and non-male students are now barred from registering for AP Economics at Whitman; the effect of too many complaints from male students that women joining the course were “ruining the vibe, bro”.

The AP Econ course – taught in a room with a pool table – a 24-hour-active bar with a hired bartender and couches with beer-brand pillows is called “very rigorous” by 99% of its students. A weekly schedule of the course might include activities like “Rib-Eating Contest – 50 points All Tasks” and “Fantasy Football – Loser has to wear a wig to school! – 100 points All-Task”.

None of these elements of the college-level course are attractive to women or open to them, a current student said.

“I mean, when girls come into this class, everything gets boring,” said the student. “This is the man cave. This is a bros club. Why would we let girls in if we don’t have to?”

The disgruntled men’s rights advocates took their case to the Whitman administration and eventually won over the administration with their proposal of having to produce proof of a Y chromosome to register for AP Micro/Macro, renamed to AP MicBro/MacBro.

“I obviously strenuously object,” said the only female student to have ever completed AP Econ without dropping the class, following a fraternity-style, hazing-related mental breakdown. She was part of the class of 1993.

“This is the worst policy Whitman has ever passed, including the new shoe-holder phone prisons,” she said. “But on the other hand, this might be the best thing Whitman has ever done to protect their female students.”